Back at Airworks, DJI announced a new, PC based flight simulator powered by the Unreal Engine.  The free version may not have the fancy scenario based training present in the (much more expensive) Enterprise Version but it has proven (in our tests with students) to be a great way to develop confidence on the controls without endangering a real aircraft.

Yesterday, DJI updated the software to Version 1.4.0 which brought with it some pretty interesting changes.  If you don’t want the details, you can just skip to the bottom for the Changelog. 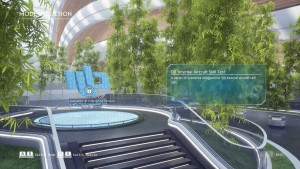 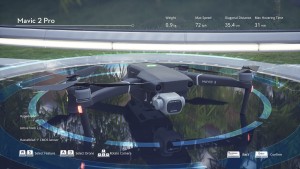 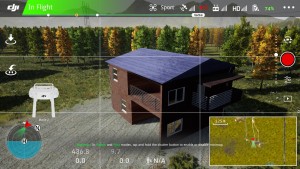 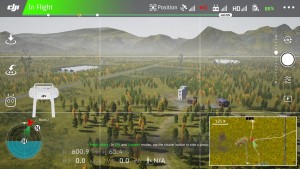 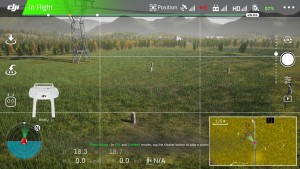 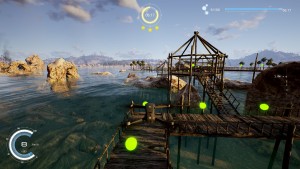 While the Mavic 2 Zoom was already available, this version brings the Mavic 2 Pro to the party.  While the flight performance is very similar to the Zoom, it is nice to have additional options, especially if you want to practice on the exact model you will be flying in real life.

With most (if not all) of their fleet now accounted for in the sim, it makes sense that DJI would spend most of their development effort in bringing new scenarios to the simulator.

In the Entertainment arena, DJI offers up the Bubble Pop game (nothing groundbreaking there…fly your drone into the floating balls without crashing…)  New Free Flight Modes include a farm scenario and, more excitingly, a Custom Scenario.

The Farm Scenario is fairly basic, consisting of a large plot of land with trees, fields, and farmhouses to explore.  While navigating the area, you have to contend with some high tension power lines running across the center of the environment. Compared to the wind turbines, bridges, trees, and beaches of the Island Scenario, this one is fairly basic with not much to do.

The Custom Scenario, however, may prove to be the star of this show, depending on how well it is supported by third parties.

This new option will allow users to create and import their own 3D models into the simulator opening up a whole new world of simulated use cases and environments.  I hope that we will see an ecosystem of custom scenarios built by third parties.

While the additions to the Free Version are welcome; if I’m being honest, they were somewhat underwhelming.  It seems as though DJI’s main goal in this release was to make you wish you had the Enterprise Version of the software.

Unlike before, you now see all of the neat training scenarios (like SAR, transmission line inspections, and DJI’s very own Internal Aircraft Skills Test with a taunting little lock on them.  There are now a host of awesome things that you will wish you could do, but alas, the lock will remain on unless you are willing to shell out ~$1,000 for the Enterprise License. 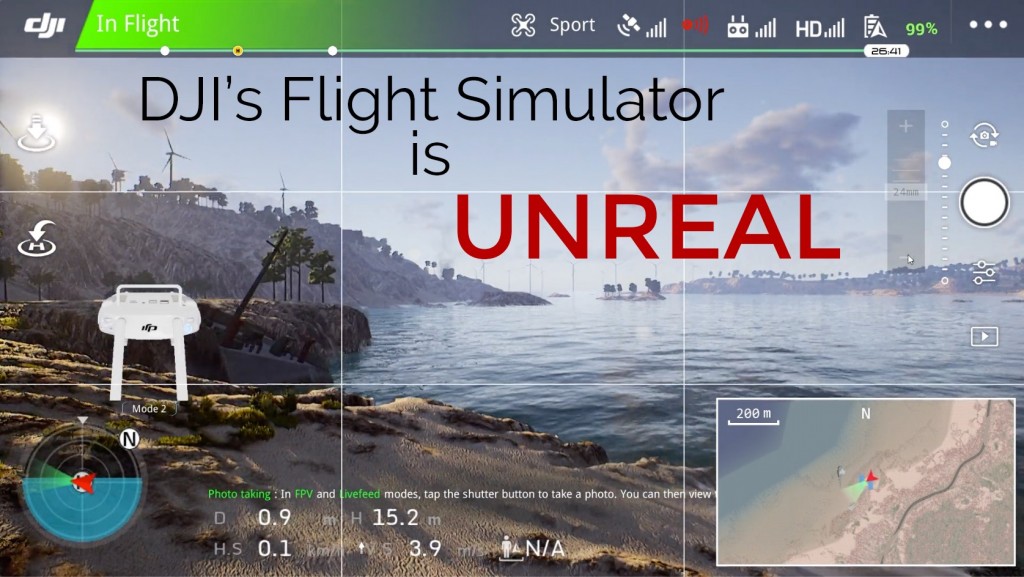 DJI Released a new Flight Simulator and it is amazing! Develop flight skills without leaving the house.