There were several announcements that came out of DJI AirWorks Conference in Dallas last week, but I have to admit, none got me more excited than the new DJI Simulator.

Those who have played around in the DJI Go Apps before might have found the basic flight simulator that allowed you to play with the controls in a basic, nondescript environment…This is not that simulator.  Instead, DJI has built a rich, beautiful world for you to explore with your drone, all from the safety of your living room.  Join me as I take a look at this tool that is both useful and enjoyable.

When I worked in Unmanned Systems for an Aerospace/Defense company, we had various Hardware In Loop (HIL) and Software In Loop (SIL) simulators that we used to train pilots.  I have to say that this simulator, in many ways, rivals the sophistication and performance of those much more advanced (and expensive) systems.  Using the Unreal Engine, DJI has built out a beautiful world with realistic flight mechanics and environmental physics.

In the free demo version,  pilots can chose just about any consumer grade drone from the Spark all the way up to the Inspire 1 Pro.  The Inspire 2, M201, Mavic 2 Enterprise, and other aircraft will be unlocked in the Enterprise Version which should be available for purchase early next year.

In the meantime, the Demo Version allows you to fly in Free Fly Mode or Entertainment Mode using either a DJI flight controller or the keyboard.  I have to say though, using the controller provides a much better experience overall and really allows you to develop flight skills without the risk of a crash.

So, if you have a Phantom 4, Mavic Air, Lightbridge 2, or M600 Pro controller I highly recommend you use it!  DJI says that Mavic 2 controller compatibility will be coming soon.

This mode does exactly what it says; it allows you to fly around one of three environments: the Warehouse, the City, and the Island.

The Warehouse is a small indoor room with shelves and some machinery.  There’s not much to it unless you want to work on flying in tight spaces.

The City is a large urban landscape with tall, brightly light buildings that seem as though they were designed for you to fly near/through them.  This is a great place to practice your precision flying skills as you maneuver over, around, and through the buildings scattered about the city.  Placing the aircraft into ATTI mode allows you to further refine your skills in a degraded/denied GPS scenario.

The Island is my favorite of the three worlds and really showcases the work that DJI has put into this simulator.  While there are no official training scenarios in this version of the sim, the Island has bridges and wind turbines to be inspected as well as acres of wooded hillside over which to practice search and rescue techniques.  The Island also gives you greater flexibility over environmental conditions, allowing you to change things like cloud cover, sun direction/brightness, wind, and even precipitation and create a completely unique scenario every time.  I hope that this feature extends to the rest of the simulator in the future and allows an instructor terminal to change the weather on the student’s screen.

If you want something a little more exciting, you can opt for the Entertainment Mode which offers you a choice of Time Trials (drone racing) or Tunnel Run which provides you a series of rings that you must go through.  Both of these are fun and in-fact, my wife accused me of playing ‘video games’ while I was working on this review.  If you’re interested in FPV racing, or just need a break from free flight, this mode is a great diversion.

Overall, this simulator performs very well, especially for being so early in the development process. There are a few (very minor) bugs but DJI has already released one update and has promised more moving forward. Still, it feels polished and well built. Generally, it’s just a great experience.

As mentioned earlier, the simulator is developed on the Unreal Engine, meaning it can hold its own against many of today’s popular PC games from a graphics standpoint.  As you might expect, all that performance requires a fairly powerful computer. DJI recommends the GTX 1050 as the minimum GPU which may keep this out of reach for most of us who are not PC-Gamers.  While you can find a 1050Ti equipped unit for under $800, that might still be a high price to pay just to run this simulator.  However, the argument could be made anything that helps keep me from crashing a $2,000 (or $20,000) drone is a solid investment. (At least that’s what I told my wife…)

File could not be opened. Check the file’s permissions to make sure it’s readable by your server.

Before I went out and bought a new laptop, I first tested the simulator on an Acer laptop with a 7th Gen i7 and a GTX 950. While it did load, it was not very smooth, even at the low quality settings.  I tested again with GTX 1060 and 1070 equipped computers and it worked beautifully even on Best quality at 60FPS. Below you can see the difference between low quality and best quality lies mainly in the rendering of shadows, but you can also see a difference in the grass, water, and bridge details in the Island Environment.

This tool is a huge step forward from the laughable simulator that DJI bundled in with the DJIGo App.  The free version provides a great way to gain familiarity with the controls and the Enterprise version will go a step further to prepare professionals to execute their mission in the real world.  This capability will be a welcome change for Enterprises purchasing tens or hundreds of thousands of dollars worth of DJI aircraft.  Flight simulators have been a part of manned aviation training for many years and I’m glad to see it making its way to sUAS as well.  While the hardware requirements may place it out of reach for some, it’s still cheaper than a crashed drone.

Have you had a chance to test out DJI’s Flight Simulator?  What did you think?  What improvements and real world training scenarios would you like to see included in future updates? 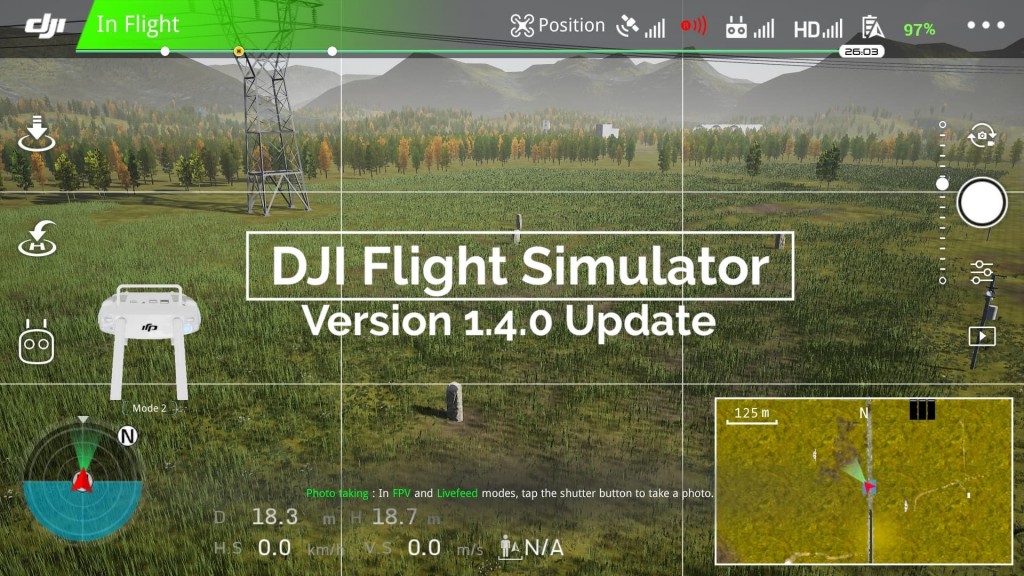 The latest DJI Simulator update (1.4.0) brings with it new aircraft, scenarios, and controller support! Explore new 3D environments or create your own in the Custom Scenario. 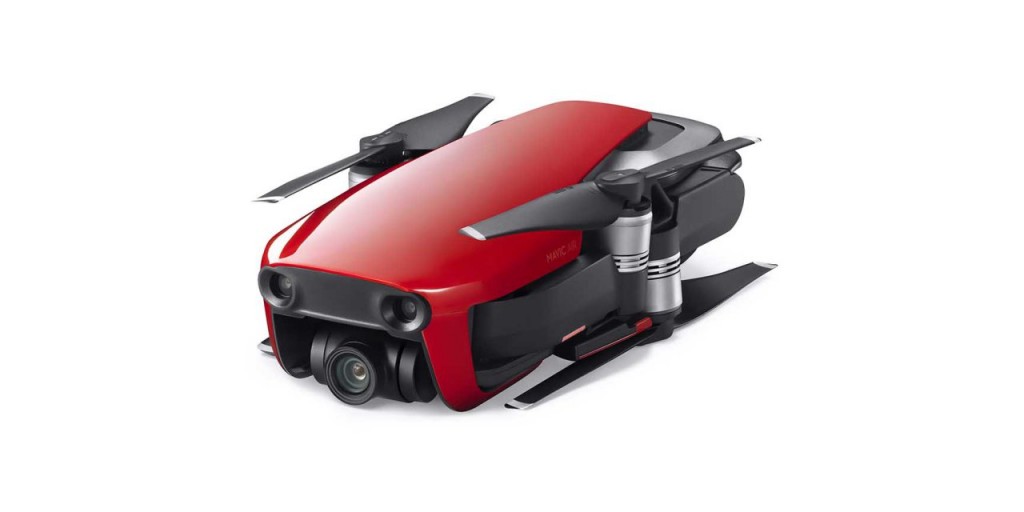 The DJI Flight Simulator is Unreal